Italian specialist racecar constructor Picchio has just completed its first feasibility studies for a new Daytona Prototype, and is now set to install on its in-house developed Grand American series compliant tubular chassis a new body which has been derived from the Alfa Romeo 8C Competizione.

The reason for this choice of bodywork comes from the sweeping new changes that are due to be implemented in the Grand American Cup regulations: from 2008 to 2013 it will be possible to adopt the exterior design shapes from the models built by the manufacturer which supplies the car's engine. So, if Alfa Romeo chooses to homologate the 4.7-litre V8 unit which powers the production Alfa 8C Competizione, Picchio believes it will be able to identify its prototype as a "true" Alfa Romeo. Picchio has discovered that the overall shape of the new road sportscar from Alfa Romeo fits perfectly onto its DP2 chassis design. The result is a highly emotional and lightweight car which is capable of extreme performances. The clean lines are the result of careful aerodynamic analysis, since one of the research goals imposed by Grand Am regulations is to achieve the maximum aerodynamic downforce on the rear end, and the general body form of the Alfa 8C Competizione has very good qualities from this point of view.

Picchio is the only European race car manufacturer to have been approved and licensed by Grand Am, the governing body being careful in handing out a limited number of licences, with Crawford, Fabcar and Riley being the most successful at present.

Picchio have also presented these bold new proposals with one eye towards Alfa Romeo's on-going plans to race the new Alfa 8C Competizione at the Daytona 24 Hours amongst other races. Adapting the dramatic Alfa Romeo Centro Stile-developed sports car - which made its full production debut at the Paris Mondial de l'Automobile last September - to fit a "Daytona Prototype" chassis would be one potential way of allowing the Milanese brand to compete at Daytona and in the GrandAm series, in the overall top class.

Picchio produces a variety of racing cars, and at the same time supplies technical assistance directly to its customers at the racetrack during competitions. In addition to this, the company produces handmade and custom-built high-performance GT road cars, which are manufactured in small series of unique samples and sold directly to end private customers.

The current Picchio model range includes Sport-Prototype racing cars which are built in compliance with FIA regulations, and closed-cockpit racing cars in compliance with Grand-Am regulations and championship (the "Daytona Prototype"). The production volume is of 50 cars per year, equally divided into racing and road GT cars; while the firm is located in a 3,200 m² building in Ancarno, near Teramo in Central Italy. 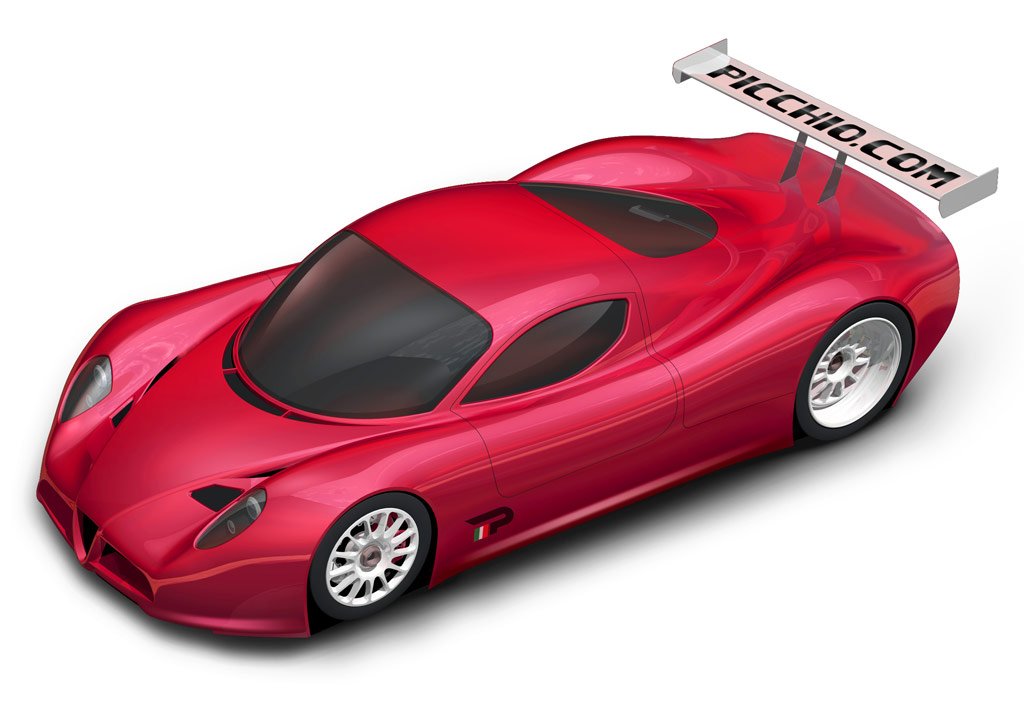 get in, sit down, hold tight and shut up!
Lieber NÃ¼rburgring statt Ehering!